Win Relationship Conflict By Letting Your Partner Win Too

Good relationships are built on the belief of what’s good for you is good for me too. Partners realize that the best bet is to work together, rather than against each other.

Meet Jordan and Taylor, a couple in their mid-forties.

They’ve been having issues with housework. Jordan is exhausted from nagging Taylor about leaving dirty clothes on the floor and not vacuuming the house. Jordan feels Taylor doesn’t listen, and feels that Taylor’s unwillingness demonstrates a lack of caring. Taylor, on the other hand, feels that Jordan is demanding and unloving. If Jordan truly cared, Taylor would get some slack on when the housework gets done.

Below are some ways the couple could approach this solvable problem.

Jordan becomes enraged when Taylor walks away after being asked to vacuum for the second time today. “You’re impossible. You said you’d help out and you’re not at all.”

“You’re not giving me a chance to get to it, nor are you listening to me,” argues Taylor. “You know I hate vacuuming. I didn’t grow up cleaning all the time like you. How come when I ask for help cooking dinner, you’re able to take your time?”

“What planet are you on? I always help out with dinner,” disputes Jordan. “Plus, we are always listening to your stupid rock songs while we cook.”

“Wow. Thanks. I didn’t know you hated my music,” says Taylor.

“You know what? I’ll do it myself,” yells Jordan as she walks to get the vacuum.

Taylor frowns and takes over. Jordan feels better because she finally got him to do it, but she also feels like the tides will turn and he’ll do something similar.

Jordan sees the cat hair on the carpet and notices that Taylor is walking back to the office. Exhausted from trying to get Taylor to clean, Jordan walks by the Taylor and says, “I’m going to vacuum. Work as long as you want.”

“Awesome,” Taylor says. Ignoring the tone of frustration in Jordan’s voice. Taylor is stoked he doesn’t have to vacuum, but he also has an eerie feeling that he’ll have to make up for it later.

If One Partner Loses, The Relationship Loses

In the first scene, Jordan demands Taylor to comply by guilt tripping him into doing what she wants. Despite getting him to comply, she feels a sense that he is going to hold a grudge against her. Even though she won, she is aware that in some way her relationship has lost.

In the second scene, Jordan hides her needs and wishes from Taylor. She sucks it up and vacuums herself, letting her resentment build. Taylor heard her frustration in her tone but since he got to do what he wanted, he ignored it. Even though he is content, he has a feeling that it wasn’t the best for the relationship.

There is a better way.

Instead of threatening your partner into taking some action or avoiding something, you can be influenced by their needs. The heart of a secure relationship, according to Stan Tatkin, PsyD is a deeper “agreement to put the relationship before anything and everything else.” Dr. Schnarch says that when you truly do this, your partner’s wants and needs become as important to you as your wants and needs for yourself.

This doesn’t mean you neglect your needs or wishes. It’s quite the opposite. You actually express more of your needs and wishes because you trust your partner to get both needs met simultaneously.

Taylor expresses his feelings, “I don’t want to vacuum tonight.”

“I totally get that. Vacuuming sucks.” Jordan responds, “But a clean home is important to me.”

“I know it’s important for you,” replies Taylor. “I just feel like my work isn’t important to you. And I’m working on something really big.”

“Your work is amazing, and I know it’s meaningful to you,” Jordan says. “Would you be up for a trade?”

“What are you talking about?”

“Would you be open to this: you vacuuming in the next 30 minutes, and then me ordering your favorite pizza so you can eat and still work on your big project?”

“Hmm. Okay… what about after you’re done eating and I get my things done, I’ll give you a quick shoulder massage?”

“We’re getting closer. How long?” Taylor replies with a grin.

“Okay. It’s a deal for me if you don’t complain about vacuuming and empty it into the trash when you’re done. Pinky swear?” Jordan sticks out a pinky.

Taylor pinky swears and they both walk away feeling like they struck a fair deal and are content with the outcome.

The paradox, as you can see from Scene Three, is that when you fight better, you love better too. It’s clear that both Jordan and Taylor are content with the outcome. When you and your partner win, it’s much easier to be emotionally connected, vulnerable, and intimate.

The Paradox of Accepting Influence

In a nine year study on 130 newly-wed couples, Dr. Gottman discovered that men who refused to put their partner’s needs and wishes on par with their own increased the chances that their marriage would fail by 81%.

The more you ignore your partner’s influence, the more likely your partner will become critical in an attempt to influence you. The more critical they are of you, the more defensive you are likely to become. Next thing you know, you’re having a verbal boxing match over who should take the garbage out.

The problem in conflict is neither partner wants to feel like the loser by admitting their wrong. So partners argue for their position. Sadly, this does not bring partners emotionally closer.

One couple I worked with would argue over who was being defensive.

I stopped them and said, “This is a fun game, isn’t it?” The both looked at me. I said, “The blame-game. You sit here telling your partner what’s wrong with them, instead of acknowledging your role and working together to find a solution.”

It was only after both partners admitted that they felt attacked and were being defensive were able to connect and resolve the conflict.

Dr. Gottman highlights that partners do not accept influence because they fear losing power in the relationship. This is a mistaken belief. Ironically, the more influenceable you are by your partner’s needs, feelings, and wishes, the more influence you have over them. When you do this, your partner feels empowered and respected. As a result, they are more motivated to go along with supporting you in what you need and want. 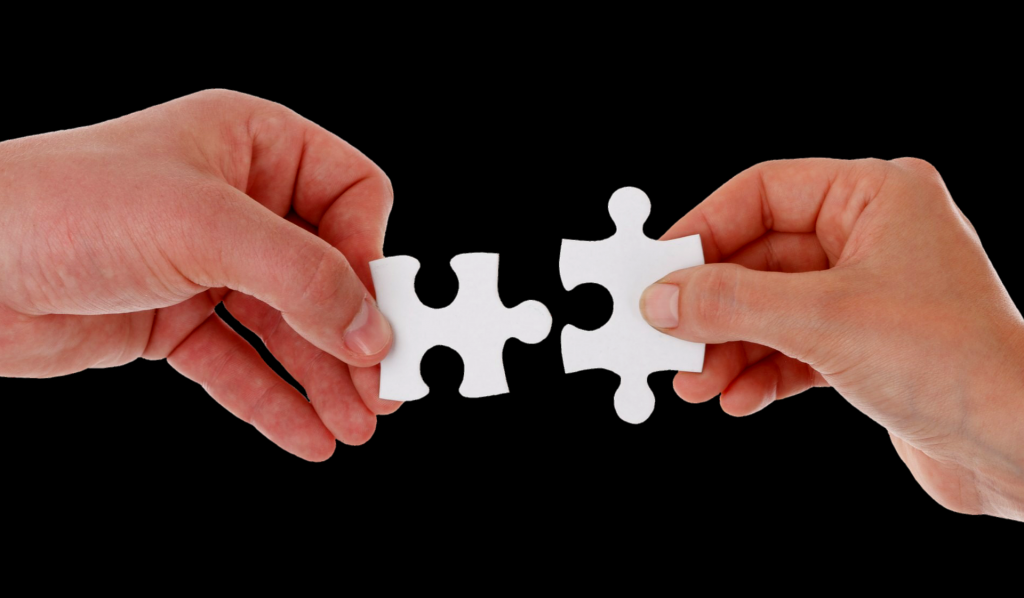 The Maturity of Creating Win-Wins

Moving from a reactive conversation to mature dialogue requires personal growth. You have to learn how to hold onto yourself in the midst of the discomfort, and at times, put your side of the problem on hold.

Instead of fighting against your partner, come alongside by getting curious about their perspective. You can do this by asking open-ended questions that demonstrate a desire to understand your partner’s perspective.

Responding this way is like “waving the flag of friendliness,” says Tatkin. Your partner is expecting a fight, and by joining their team, you disarm them.

Accepting influence is not about giving up on your self-interest. It’s about wrestling with your partner without avoiding issues and being willing to be flexible on your position so both of you win. You may have to go back and forth until you discover something that’s good for you. Sometimes this happens in 5 minutes, and other times it’ll take a few days.

Agreeing to a Win-Win Relationship

The couples who master conflict develop a creative ability to find a win-win solution.

When finding your win-win, it’s totally okay to:

As you do this, search for the things you agree on. This will move you closer to a resolution.

At times, you may give up more at one point in time. That’s okay. The difference is that you are choosing to be influenced by your spouse’s best interest, even at the cost of your own. You can do this because you know your partner wants to create win-win relationship with you too. And over the long-term things will balance out.

Since your needs are on par with your partner’s you are willing to be open if you feel things were unfair. “Hey hun, I know this is nit picky, but when we choose to attend your event the other night, I still feel like I gave a lot to do that. Could we do something small next week for me so it feels fair? Does that work for you?”

When your partner and you have an agreement to creating a winning relationship, it won’t feel like you’re losing out by your partner’s needs or goals when you choose to put yours on hold. This is because you know they care and will do the same for you when it comes time. This true mutuality is the heart of a happy and long-lasting bond.

When you accept influence from your partner, you’re able to bring both partner’s needs and interest to the dinner table and create something delicious that is mutually satisfying and enjoyable.

Win Relationship Conflict By Letting Your Partner Win Too