How You Think About Your Spouse Determines How You Love Them

All of us have an inner narrator that describes the scene and characters of our lives. If your inner narrator writes a script of your partner and marriage in a negative tone, it’s easy to make assumptions that create negative interactions.

I want you to meet Courtney and Nate, a couple who has been married for 11 years.

On this particular day, Courtney comes home grumpy from work and sees dirty dishes on the kitchen counter. She starts yelling at Nate about the house being filthy. Nate immediately feels attacked. He thinks, “Wow, she is really grumpy right now. This is not fun. I hope she calms down soon. I wonder what happened at work today that’s making her so upset?” We will call this side of Nate, Benefit of the Doubt Nate.

If we replayed this scene with Negative Thinking Nate, here’s what he thought: “This yelling is so unnecessary. She is always so controlling. When did having dirty dishes on the counter become such a crime? I don’t have to put up with this crap.”

Which Nate do you think is going to have a better evening and a better relationship?

While Courtney does the exact same thing, Nate’s inner thoughts are very different. It’s understandable for Nate to feel attacked by Courtney’s outburst. The vital distinction is how he thinks about this stressful interaction.

The Benefit of the Doubt Nate is able to stay calm because his thoughts are self-soothing. They highlight how Courtney is not always like this and gives her the benefit of the doubt by wondering what happened in her day that is causing her to behave in this unusual way.

Negative Thinking Nate has what Dr. Gottman calls “distress maintaining thoughts.” His negative thoughts piss him off even more.

Most of us trust the script our narrator creates as well as the thoughts and feelings it uses to reinforce the script. So we often act in alliance with what’s happening in our head.

Since Benefit of the Doubt Nate’s inner thoughts has kept him calm, he decides to pour Courtney a glass of wine. He walks over to her and says, “I know you’re upset about the dishes. I’m sorry. I’ve had a busy day and didn’t get to them yet. But before I do, tell me about your day. What happened?” Doing this allows him to support Courtney in soothing herself.

As a result, she apologizes for “losing it over something so minor,” and tells him about one of her employees who messed up “the biggest deal for her company yet.”

Even if Courtney was not attuned to herself to acknowledge her outburst, it’s likely that Nate’s soft approach will prevent her from another attacking remark.

In contrast, Negative Thinking Nate would have counter-criticized Courtney. He might have even stonewalled her. This reaction would escalate the conflict and “validate” his negative view of his wife. Instead of repairing quickly, he lets the little things build into bigger things.

It would be lovely if our instinct was to think like Benefit of the Doubt Nate during conflicts. But maybe like me, you’ve had thoughts that are more like Negative Thinking Nate. This is not uncommon when you’re feeling mad, attacked, or misunderstood, especially with the Four Horsemen present – criticism, contempt, defensiveness, and stonewalling.

In fact, in Dr. Gottman’s research, he asked couples to watch videos of their conversation and express what they were thinking when they were defensive, withdrawn, or hostile. Guess what? Their thoughts were more like Negative Thinking Nates.

Dr. Gottman found that the more couples expressed the Four Horsemen, the more likely a spouse’s inner script would display a negativistic movie of a marriage. If this isn’t stopped, you are at risk for creating distance in your relationship in such a way that both your partner and you will feel very isolated. 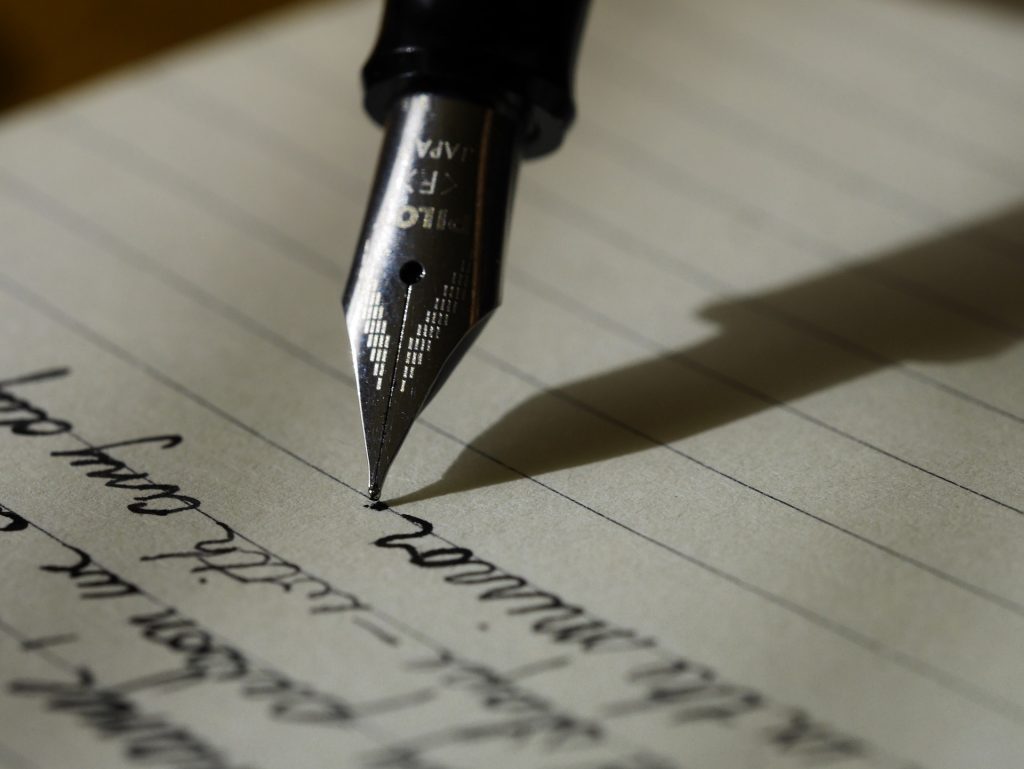 It requires an honest look at yourself before you can change your script. In the moment, it’ll take courage, a healthy dose of self-doubt, and self-awareness to question the thoughts that are trying to suck you into the negative perspective trap.

Changing your negative narrative with a more realistic one isn’t instantaneous. Couples who have achieved this not only feel less victimized and/or angry, but they also witness a dramatic improvement in the satisfaction of their marriage.

Step 1: Be intentional about your thoughts. Recognize your thoughts as they come up and notice how they try to consume you. Add the voice of self-doubt and question how true this feeling is. Dr. Gottman says, “You need to realize that you don’t have to believe these thoughts – you can change them instead.”

Step 2: Take a break. If you’re in a heated argument or near your partner, give yourself some space. When you do this, replace the distress-maintaining thoughts with calming ones such as: 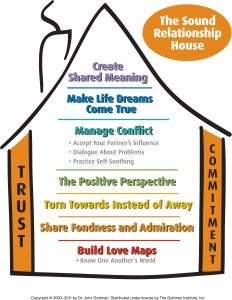 Step 3: Enhance your friendship. Negative thoughts are a byproduct of low-levels of trust and feeling misunderstood. To build trust requires building your friendship. Remember, the grass is greener where you water it.

Following Dr. Gottman’s sound relationship house, focus on learning more about each other’s inner world. Create a culture of respect and verbal affection. And most importantly, realize that the seemingly unimportant moments are often the most important of all.

Step 4: Learn how to fight better. When you stop sweeping things under the rug and start to dialogue about the issues, even if you can’t resolve them, your relationship feels better. The tension of the issue is no longer a barrier between you.

Step 5: Give your partner the benefit of the doubt. As Brene Brown would ask, how might you be able to “extend the most generous interpretation possible to the intentions, words, or actions” of your spouse?

How might your marriage change if you were able to think more like Benefit of the Doubt Nate?

How You Think About Your Spouse Determines How You Love Them