The Death of Love Isn’t Natural: The 7 Steps to Separation

Marriages rarely end overnight. They tend to unravel over time, in ways that are now fairly predictable thanks to research by Dr. John Gottman. In 1986 Dr. Gottman and his colleagues built a Love Lab to learn the secrets of lasting love and understand why love dies.

By studying couples for over 40 years, Dr. Gottman could predict with a 90% accuracy which marriage would fail, and which would succeed. These are the factors he found most often contribute to the dissolution of a marriage:

Step 1: A Lack of Emotional Support

A deep friendship is the best buffer against nasty conflict. Dr. Gottman’s research concluded that couples who last turn toward each other 86% of the time, while those separated turned towards 33% of the time.

A lack of responsiveness and affection creates ambivalence about the relationship.

A research study that followed 168 couples for 13 years discovered that the number one predictor of why couples split was not how often the couple fought, but how little affection and emotional responsiveness they offered one another.1

Additional research validates that relationship distress was predicted by a partner who was unsupportive in their response – by minimizing a problem, not wanting feelings to be expressed, offering unhelpful advice, and insisting on their partner using that advice.2 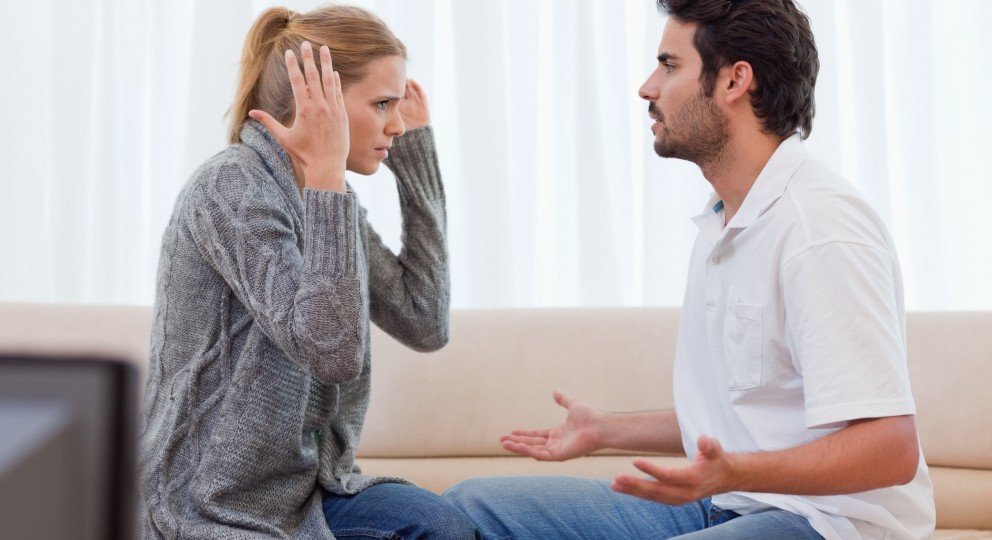 Dr. Gottman says that the most obvious indicator that a conversation is not going to go well is the way it begins.

Within the first three minutes, Dr. Gottman could predict how a 15-minute conflict conversation would end. His research concluded that 96% of the time a conversation ends negatively because it starts negatively.

When a conversation begins harshly, it invites a harsh reply:

While your frustration about a lack of responsiveness and teamwork is valid, beginning a conversation with blame, criticism, and sarcasm is a sure way to derail a productive conversation into a fight. When this happens, it can lead couples into nasty cycles of conflict if there is no repair.

Step 3: Stuck in the Cycles of Conflict

Dr. Sue Johnson, the founder of Emotionally Focused Couples Therapy, proposes that conflict is a result of disconnection and an attempt to reconnect partners.

For some of us, conflict reconnects. For others, it disconnects us even more. The difference is not what you say, but how you say it.

There are specific ways we say things that can make conflict worse. Dr. Gottman’s research has uncovered four behaviors that will end a marriage in less than 6 years:

When we are critical of the person we love, it guarantees that they’ll be defensive. If they fight back with a counter-attack, you’ll find your relationship caught in a toxic cycle of the “blame game,” arguing with each other over who is more wrong or flawed.

Eventually, one partner becomes disrespectful and starts to talk down to their partner with contempt. Dr. Gottman’s research discovered that contempt is the #1 predictor of divorce. It’s a form of talking down to your partner from a place of superiority.

The partner who is the receiver of contempt feels humiliated and shamed.

It’s no surprise that someone stonewalls when their partner is contemptuous. This creates the “pursue-withdraw” pattern, one of the more difficult relationship patterns to escape.

The partner who is reactive with rage is then met with a lover who is physically present but emotionally absent. Hopelessness and despair consume the relationship. When this happens, partners lose their capacity to stay calm around each other.3 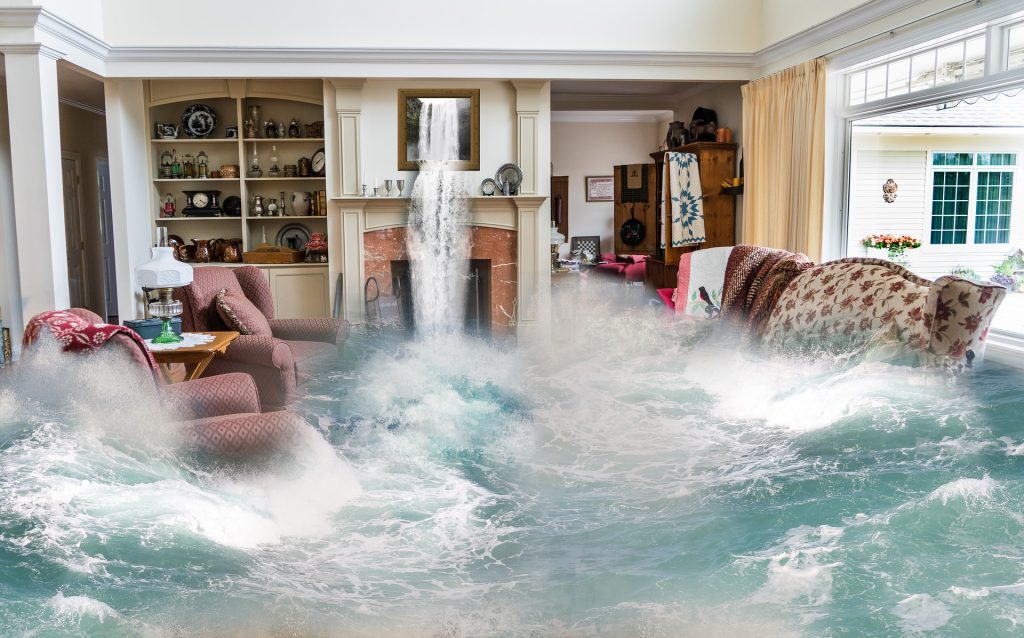 Imagine you’re sitting in your living room, talking on the phone to a friend. You’re laughing and having a fun time. You feel safe and relaxed.

Then all of a sudden water starts flooding in your window, ceiling, and doorway.

What do you do?

You panic. All you can do is focus on the situation. Your heart is pounding, you can’t hear your friend on the phone asking you if you’re okay, and you forget about your ability to communicate. You think, “I have to get out of here.”

This is the same experience people feel in nasty cycles of conflict.

Since you feel under attack, you emotionally shut down, or you ramp up and attack in an even worse way.

When we are flooded, the caveman inside of us comes out. It doesn’t care about your partner, it cares about your survival. Stan Tatkin, PsyD, calls this part of the brain the “primitives” because it’s an old brain whose goal is to keep you safe at all cost.

When your primitives are activated, they respond by smashing your partner with a verbal club (attack: criticism, contempt, defensiveness) or run away (stonewalling).

Repeated experiences of flooding make partners feel incredibly distressed in the presence of each other, heightening the risk of flooding the next time a couple is around each other and much harder to resolve conflict.4

When repair attempts fail, a relationship enters dark waters. Despite using criticism, contempt, defensiveness, and stonewalling, 84% of couples who were able to repair had stable and happy marriages six years later according to Dr. Gottman’s research.

Unhappy marriages, in comparison, perpetuate nasty cycles of conflict with failed repair attempts. Dr. Gottman says that “the more contemptuous and defensive the couple are with each other, the more flooding occurs, and the harder it is to hear and respond to repairs.” When the repair is ignored, conflict continues to escalate until one partner withdraws from the interaction.

The key to a successful repair attempt is not what is said or done, but the strength of a couple’s bond.

Again, it is not the conflict that ruins a relationship; it’s disconnection, a lack of a strong friendship.

When I meet with couples who have reached the stage of contempt and withdrawal, I actually see a lot of repair attempts. But because there is a history of mis-attunement and disconnection, partners often ignore the repair and keep trying to resolve the issue in the way they’re fighting, even though it’s not working. 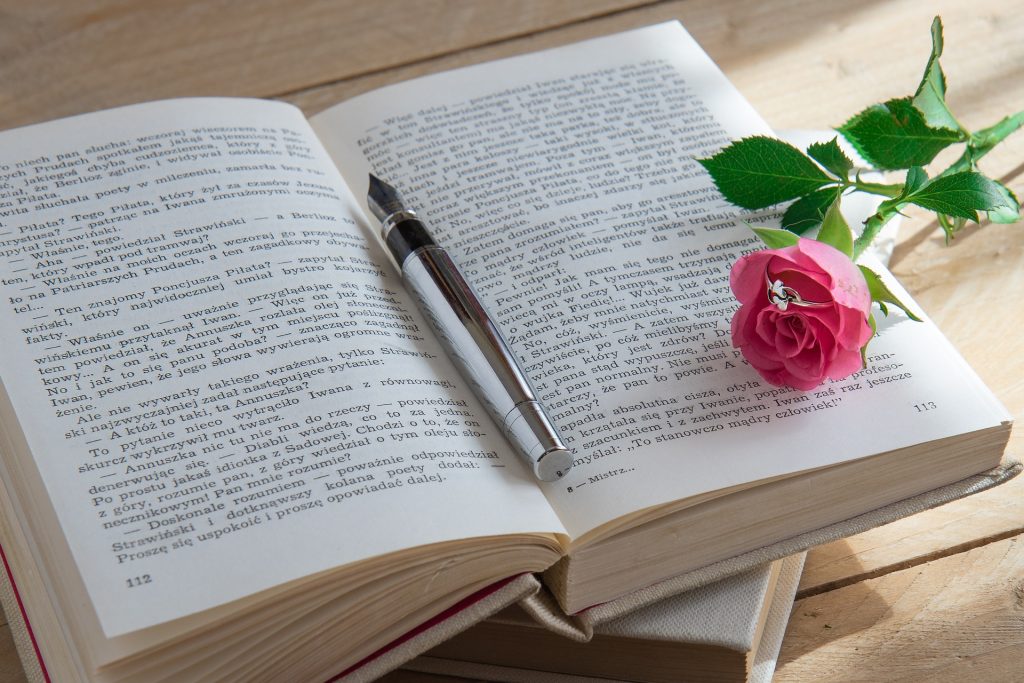 When negativity dominates a couple’s interactions, it puts their entire relationship on trial at all times. Research on the brain tells us that when we recall memories, we alter them with our present experiences. When repairing a relationship, this can bring healing to attachment injuries and help a couple reconnect.

When a couple is disconnected and caught in nasty cycles of fighting, the brain focuses on all the negative moments of a relationship and neglects the good.

With this mindset, partners question every action or comment. Every response is seen in the worst possible light and any benefit of the doubt goes out the window. Partners start believing that their lover is “intentionally” hurting them.

Robinson and Price discovered that when a couple was unhappy, the partners viewed even neutral and sometimes positive interactions as negative. They actually miss 50% of positive moments of connection that outside observers noticed.

With the inability to resolve conflict and a negative “Story of Us,” couples hit the lowest of lows: despair. They give up hope and begin to live in quiet separation.

Some people do this by legally divorcing, and others by emotionally breaking-up and living parallel lives in the same house. When couples reach this dark place of hopelessness, talking about problems seems useless and both partners accept the loneliness that comes.

This is when some partners violate the boundaries of the relationship because they are starving for emotional connection and feel hopeless about reconnecting with their life partner. 5

The decay of a relationship tends not to be a one-time blow-up; rather, it is like a snowball rolling down a hill. The red flags begin with how partners talk to each other, then the inability to repair leads to repeated instances of flooding and finally a negative perspective of the marriage.

Dr. Gottman’s research has proven that with a habitual use of criticism, defensiveness, contempt and stonewalling it takes about 6 years for a marriage to end.

There are also couples who are not nasty and have very little negativity. These conflict avoiders can have healthy marriages if they have a lot of positive interactions, but if there is very little responsiveness or affection, that type of relationship will die within 16.2 years.

These are years of interactions gone wrong, not days.

What To Do Now

If you recognize your relationship in any of these stages, you are not alone. A lot of couples struggle between steps 1-4.

My intended purpose for sharing how love dies is to give you some insight into the cascade that ends relationships, so you can take that knowledge and save your love life. It will take hard work and personal growth to save and repair your bond.

Dr. Gottman reminds us that “Even a marriage that is about to hit bottom can be revived with the right intervention.”

The biggest barrier I see to savings marriages is partners’ willingness to risk the vulnerability to reconnect. To properly forgive, repair, and strengthen a bond that has been weakened by a lack of knowledge and experience on how to replenish love, affection, and care.

When both partners are committed to learning how to fight and love better, they can save their relationship.

Important articles to save your relationship:

The Death of Love Isn’t Natural: The 7 Steps to Separation