Amir Levine, M.D., is a psychiatrist, neuroscientist, and co-author of a popular book, Attached: The New Science of Adult Attachment and How It Can Help You Find and Keep Love, which has been translated into 14 languages.

Kyle: How do you define attachment?

Amir: In the simplest form, attachment is the way that our brain evolves to feel safe. It’s almost like having a filter through which we experience the world. Basically, we are social species and the way we feel safe is through other people. One of the most effective ways of regulating our emotions when we are in distress is to be in proximity to someone that we’re securely attached to.

This also means that one of the most powerful ways of dysregulating our emotions and feeling stressed is through insecure attachment—when we feel that a person that we are close to is not available, or is not there for us.

Each of us behaves in relationships in one of three distinct ways:

Attachment is the basis of both suffering and healing. It has to do with feeling safe around other people and needing to choose the right people to be around that can provide us that safety. If we achieve that, we’ll have much better relationships.

Kyle: I can relate to that. I went through a bunch of health issues after getting out of an anxious-avoidant relationship that you describe in your book, Attached. That sense of not having safety in my relationship and the anxiety that it caused really impacted my health.

Amir: Our brains are so social on so many different levels. Just having other people around us, even walking down the street, gives us a sense of security on a certain level. We all know that. I live in New York. If you’re going to down to the subway and you walk into a completely empty subway car, you feel a little bit uncomfortable.

If there’s a few people on the subway that don’t look weird, then you feel much more at ease. I think there is a selection process, there’s a huge advantage to create what we call Cons Specifics. Having others around is a signal of safety.

You see it throughout the animal kingdom: you see it in birds, you see it in humans, you see it in other animals. That’s on one level. I have to say I always find it interesting. I have done studies on mice that examine how social proximity affect how we experience our environment.

In research, we found that mice experience things differently in the presence or absence of other cage mates. When they’re alone and they have an adverse event happen to them, they register it much more strongly than when they’re in the company of another mouse.

Our brain registers the same experience differently in the presence or absence of others. It literally encodes a different memory depending on the social setting we’re in.

We can also identify specific people that are more important than just the general population. We make sure that they’ll be responsible for our welfare and we’ll be responsible for their welfare. It’s where we devote energy and time. Our whole brain is built in such a way that we will prefer them and that we’ll need to be in close proximity to them.

That’s why I go into attachment styles in my book. Not everybody has the same capacity for closeness. People vary in their ability to provide that sense of a secure base. That’s very important.

Being Secure: The Dependency Paradox 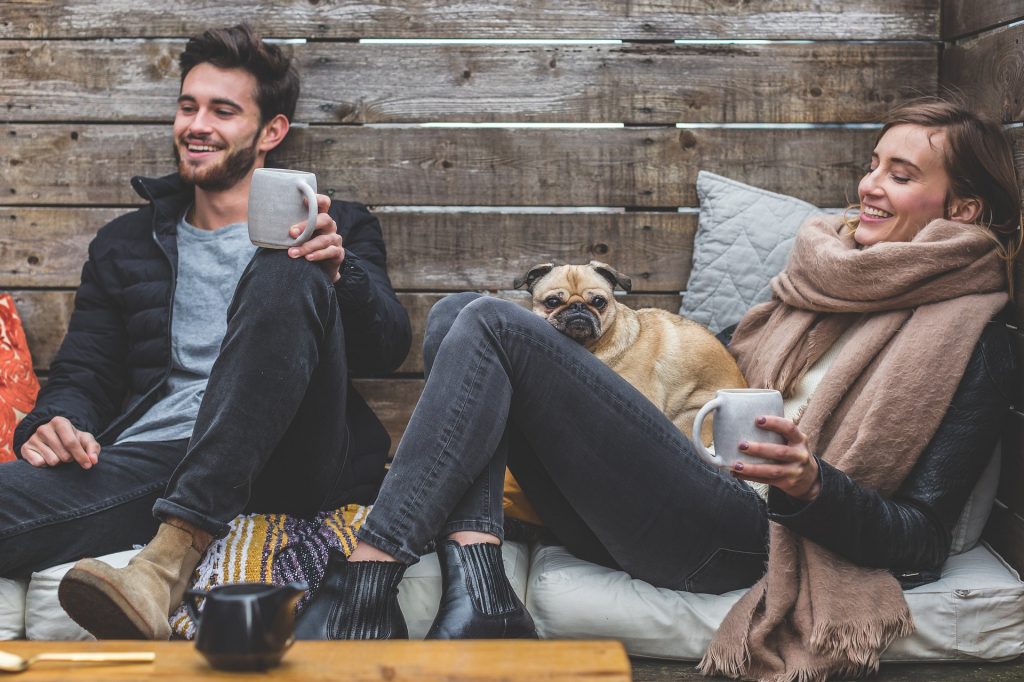 Kyle: One of my favorite chapters in your book discusses the biological truth of dependency and what you call the dependency paradox, which reminds me of the independent mindset that, “I don’t need relationships.” Can you say more about that?

Amir: It’s interesting you mention that chapter because I co-authored this book with a high school friend of mine, Rachel. For a short time she was in San Francisco, but most of the time she has lived in Israel. The social ties are much stronger in Israel because families are closer together. The same is true in Europe.

The American society is different in terms of how close people are. She felt that the most important thing was to write about attachment styles and the issue of dependency. She saw it as a given, she didn’t even think that it was worth the chapter.

Because for her it was, “What’s new here? Of course, we all need each other.” Here in the United States, it’s not such a given. That’s what I explained to her, and eventually we decided to include that chapter.

In some ways, the American society is more avoidant. We put such an emphasis on self-reliance and independence and we equate them, but they’re not the same. Because in reality self-reliance is basically, “I can’t trust anyone else, I have to do everything myself.”

Independence is really what you get when you have a secure base. The dependency paradox is the basis of this safety system.

It’s easiest to see in kids which is why we wrote about the strange situation test. It’s such a powerful way of demonstrating how the attachment system works in the brain.

Basically, they bring a toddler with their mother or father or a caregiver and put them in a room full of toys and then they ask the mother or father to leave. Then they reunite them. Initially, the toddler is interested in the toys and starts playing.

But when the mother leaves, the toddler becomes completely disinterested in the toys. They drop everything. It’s amazing to see. When the research assistant tries to play with toys, the child throws it in their face. They lose all interest in their surroundings until the mother comes.

You see the same thing in dogs when an owner ties them outside of a store. When the owner goes in and you try to play with the dog, they’re fixated, they’re like, “Where’s my owner?”

It’s like they’re not interested in the environment at all. Then when the owner comes back, all of a sudden they’ll start wagging their tail, they will play with you, they will become interested in other people.

It’s profoundly important for us because if we don’t have that safety, if the people that are surrounding us don’t provide us with a safety net, then we are like the dog. We become preoccupied and we shut down and we don’t explore.

The whole independence concept is the idea that when we go to work, we don’t really need anyone, we can explore, we can look out into the world.

That’s what usually happens in couple relationships. When we feel that it’s a secure relationship, we don’t cling on to our partners. It becomes old news, yes, they are there, we know that they are, it’s a given. Then we open up into the world.

That’s why a lot of people with insecurity, both anxious and avoidant, don’t understand this from different perspectives. Anxious people think that the preoccupation is a sign of greater love. It’s like something is wrong with the love in the relationship. Everything was so exciting in the beginning and now it’s like the world continues on and we have a lot of interest outside. That can actually mean the relationship is good.

Then for avoidant people, it’s more like, “Oh, the person is so needy, so clingy.” When in fact they could be doing small things to make the relationship more secure. That’s the fascinating part. It’s the silliest thing because it’s so easy to do, a few small things to keep the attachment system at bay.

Relationships don’t need big gestures and that’s what people don’t understand. It’s not about the big gestures, it’s about something very, very simple.

Kyle: Dr. Gottman talks about this as “small things often.” I think the avoidant person, especially if they’re in a relationship with an anxious partner, fears being too clingy or too needy.

What I loved about your book is being able to say, no, it’s not too much. You can provide security and safety by making tiny tweaks to the relationship. As a result, that partner stops worrying about being clingy and needy, and they focus outward. 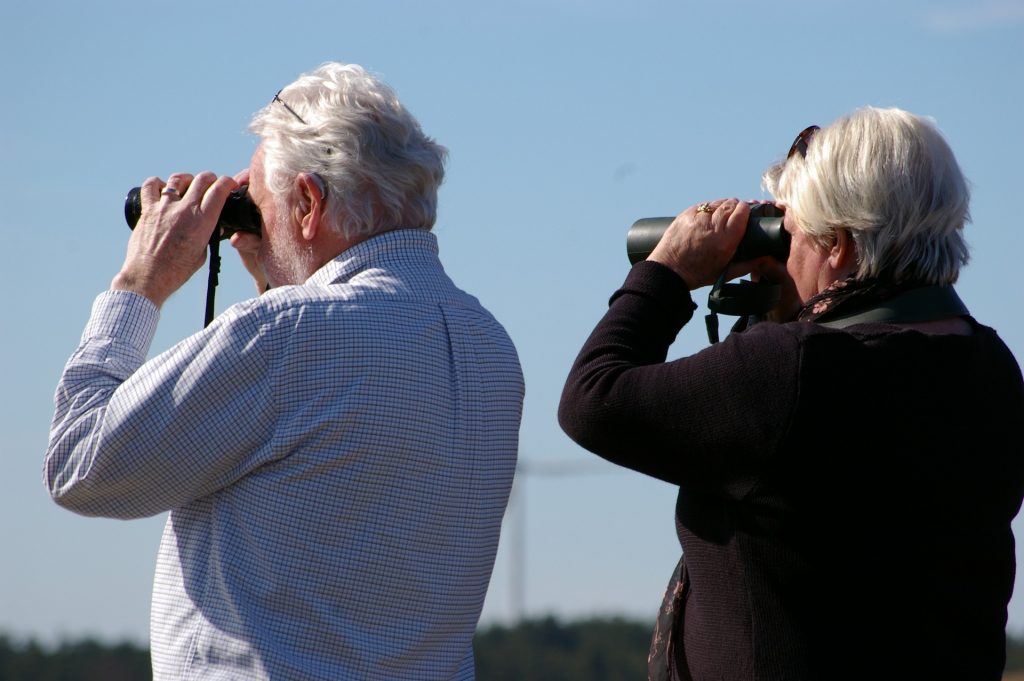 Amir: Yes, partners can become secure because attachment is a safety system. Their radar is not going off. It’s like if there’s no threat signals. People who are anxious are very good at picking out potential threats. They have a very sensitive radar.

If there’s no threat signals, then they will appear as secure to a larger degree. The challenge is there are certain things that are very, very hard for people who have an avoidant attachment style, because they have a fear of closeness.

Kyle: After reading your book and some of the other literature on attachment, it seems like the avoidant style is self-protective. You mentioned adaptability earlier. In addition to being depended on, I think avoidant people also experience fear of being dependent on their partner.

Amir: Absolutely. They spend most of their lives convincing themselves that they shouldn’t depend on anyone. They should really trust themselves and be independent because other people have failed them. Or just because genetically they are wired in such a way that they feel a little bit uncomfortable with closeness.

Then all of a sudden in a relationship you’re trying to convince them differently, you’re trying to push them into a place where they feel really uncomfortable with too much closeness. I think people can provide a secure base by focusing on what I call the CARRP. It stands for consistency, availability, reliability, responsiveness, and predictability. 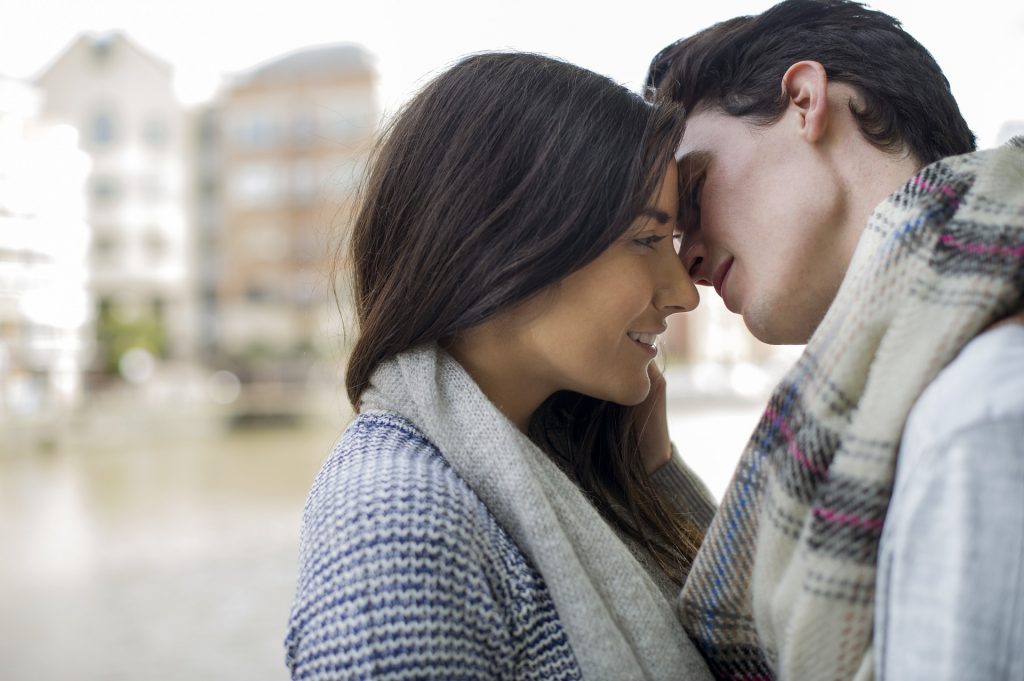 When people are able to be consistent, available, responsive, reliable, and predictable, then the attachment system doesn’t get activated and the relationship is calm and stable. Again, it’s not like you thought about giving a big gift or buying jewelry, it has nothing to do with that.

It’s about the small, seemingly insignificant interactions in everyday life. That’s what makes the difference.

Kyle: That reminds me of what Dr. Gottman calls bids for connection. Like when a couple is looking out the window and one partner says, “Oh, that boat looks really beautiful.”

In that moment the other partner has a choice. They can sit there quietly and “turn away” from the bid or they can “turn toward” the bid by responding with, “You’re right, that is a really cool boat.”

A lot of couples don’t appreciate how meaningful those little moments are. They’re really important in creating the security and safety we’ve been talking about.

Amir: Right. The small, seemingly unimportant, insignificant interactions in everyday life—each and every little one of them—is an opportunity to change how couples create a secure attachment in their relationship.

This is part one of a two part exclusive interview with Amir Levine, M.D., author of Attached: The New Science of Adult Attachment and How It Can Help You Find-And Keep-Love.

This article was published on The Gottman Relationship Blog.