For Casey and Taylor it felt this way.

At the start of their journey, they found themselves head-over-heels in love. Spending time together felt natural and effortless. Their relationship was the equivalent of driving a exhilarating convertible along the California coast.

As days turned into months, the honeymoon feeling faded. Taylor and Casey found each other a little more annoying. As months turned into years, they had disagreements that made them want to stop talking:

Like Casey and Taylor, both happy and unhappy couples have problems that never go away. The key factor that determines whether a relationship will happily last is not the relationship problems, but how a couple talks about the problems.

Problems with the Relationship Vehicle

At about 10,000 miles on their journey, Casey and Taylor’s love vehicle begins making some weird sounds. Casey ignores the problem because it doesn’t seem like a big deal worth spending money on fixing, while Taylor pushes for spending money on trying to figure out what is going on.

Casey and Taylor argue back and forth on their positions. Taylor becomes critical and Casey becomes silent. They make no headway trying to resolve this issue.

A few days later the car stops making noise and everything seems fine.

Dr. Gottman’s research in his famous Love Lab revealed that 69% of conflicts never go away. These unsolvable problems are a result of differences in personality and lifestyle needs among partners. Even seven years later, Casey and Taylor argue about finances as if the conversation only happened seven minutes ago. Nothing has really changed.

Like Casey and Taylor, no matter who you love, you’re bound to have problems on your journey of lasting love. As couple’s therapist Daniel Wile says, “[W]hen choosing a long-term partner.. [you are also choosing] a particular set of irresolvable problems that you’ll be grappling with for the next ten, twenty, or even fifty years.”

Sometimes reoccurring relationship conflict becomes a deal breaker, leading to partners walking away from each other. Other times partners feel stranded on the side of the road. Dr. Gottman calls this experience “gridlock.” Here are some telltale signs:

No couple enjoys getting stuck on the side of the road with a problem that seems unfixable. I know when my partner and I had inevitable problems show up on our love journey, I found myself feeling helpless, angry, and disrespected. My partner felt rejected, inadequate, and hurt.

The heart of most reoccurring relationship conflict in a relationship is not the actual problem, but rather the loneliness of not having a way of talking about it. 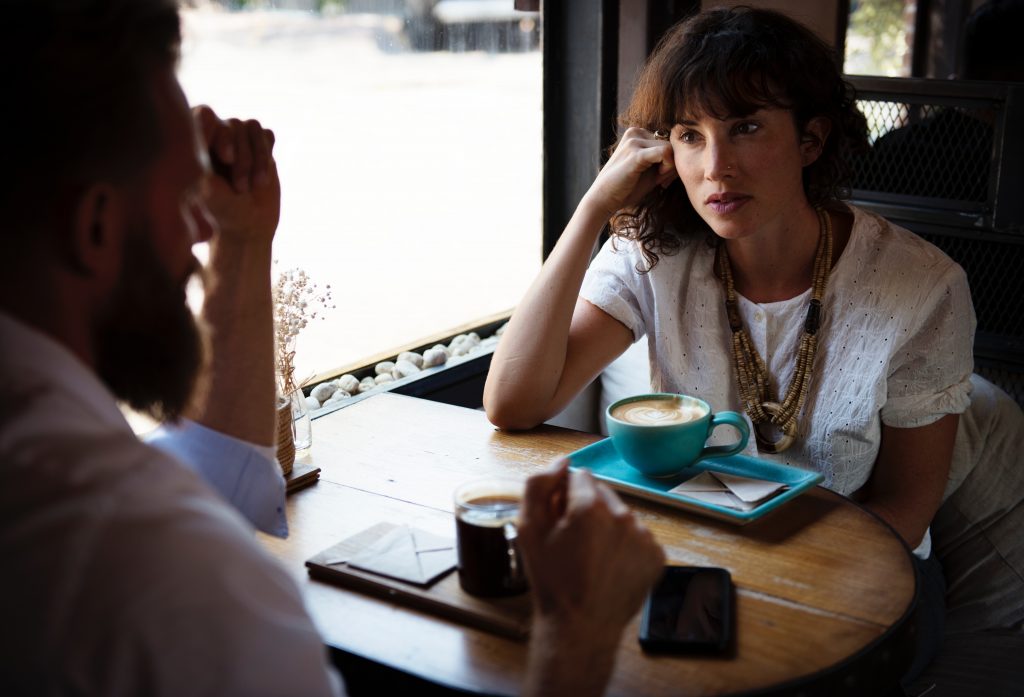 The major goal of the Gottman Method is not to teach couples how to resolve every single issue, but rather to help both partners tolerate their problems and incorporate the problems into the relationship in a way that strengthens their emotional connection.

As Dr. Gottman says, “[Y]ou don’t have to resolve your major marital conflicts for your marriage to thrive.” We may not enjoy having reoccurring relationship conflict, but we can work together to prevent the issues from becoming worse, and can develop a game plan to stay connected despite the ongoing problems.

One of the ways that partners can make reoccurring relationship conflict more constructive and bearable is by taking a time-out whenever the conflict begins to escalate. This means taking time apart, with an agreed upon return time, to calm down and process what’s going on.

After I worked with Casey and Taylor, they reported noticing five powerful shifts in their relationship that got them back on the road to lasting love.

1) Listening to Understand, Not to Reply.

Initially, when dealing with their reoccurring conflicts, Casey and Taylor only listened to each other just enough to refute their partner’s position. They did not listen to understand each other.

“Proving” that  your partner is “wrong” doesn’t build a relationship. When Casey and Taylor learned that there are two views to every issue, and that both are legitimate, they stopped arguing and started listening to each other.

In our sessions, we then worked on expressing feelings. According to couple’s therapist Daniel Wile, the habit of ignoring important feelings is the undercurrent of most couple’s conflict. In fact, trying to resolve an issue without understanding each other’s feelings often backfires.

From observing hundreds of couples in his Love Lab, Dr. Gottman noticed that happy and long-lasting couples focus on expressing their feelings and understanding each other before attempting to resolve their issues. By doing this partners can understand the feelings undermining conflict and may even uncover some hidden dreams around the conflict.

2) Transform Reoccurring Relationship Conflict Into an Opportunity for Connection.

By focusing on understanding each other and sharing feelings, partners, like Casey and Taylor, can build deeper intimacy. Taylor came to learn that Casey’s need to save money is rooted in a childhood experience of having to beg for money for two weeks at the age of nine.

Taylor had never heard that story in the six years of their marriage and came to understand Casey in a much different way. It actually brought them closer. Problems often block closeness, but closeness can be regained, or even enhanced, by the way a couple chooses to talk about their problems.

By accepting the reality that your relationship is bound to have reoccurring relationship conflict, you can start to anticipate it showing up again. Paradoxically, doing this makes it less likely to occur since you and your partner are more open with each other, thereby making it easier for both of you to deal with it when it does come up.

Couples who have ongoing conversations about their recurring problems come to treat their problems like an allergy or a bad knee. Instead of becoming critical of each other, they make inside jokes about the problem.

As for Casey and Taylor’s reoccurring relationship conflict around spending time to talk vs. spending time doing meaningful work, Casey and Taylor now check in with each other around this issue during their weekly relationship review. They both rate the amount of conversation and time spent on meaningful work on a scale from 1 to 5 and then discuss not only their rating, but also what went well this past week and small ways they can improve for next week.

Every relationship has its inevitable problems, many of which are a result of the very factors that attracted the partners to each other in the first place. Happy relationships are created when partners anticipate problems and work hand-in-hand to mold reoccurring problems into material for building a deeper, more intimate relationship.

P.S. By accepting my Intimacy 5 Challenge, you will make building a more intimate relationship easier and more enjoyable.