The pursue-withdraw pattern is an extremely common cause of divorce. If left unresolved, it will continue into a second marriage and subsequent intimate relationships. As Dr. Gottman explains in Why Marriages Succeed or Fail, “This classical marital impasse is all too common—a wife seeking emotional connection from a withdrawn husband.”

How do couples fall into a pursue-withdraw pattern, and why are men usually the ones that withdraw? How can couples break this destructive pattern for good?

Can you describe the pursue-withdraw pattern?

Distressed couples, and even not distressed couples to some degree, can get caught in a pursue-withdraw pattern. This can happen when one partner wants more closeness or connection than the other.

It can also happen when both partners want closeness and connection, but there is a perceived disconnection and one partner feels like the other person isn’t going to be there for them. They come to believe that “This conflict isn’t going to get worked out,” or “I’m not going to get my needs met,” so they shut down and pull away because it’s safer to do that, or they complain or push for more connection.

So the withdrawer pulls away to maintain the relationship?

Yes. That’s an important thing to understand. It appears to the other person that their partner doesn’t care. After there has been conflict, misunderstanding, or a minor betrayal and the withdrawer turns away, shuts down, or walks away, it leaves their partner feeling alone and abandoned, unloved, and uncared about.

The truth is that most of the time the withdrawer does care a great deal. Withdrawers typically shut down because they don’t want to make it worse. They don’t believe that there’s any kind of way of resolving it by talking about it. They want to protect the relationship so they withdraw.

If trying to talk about it doesn’t work, a pursuing partner may become blaming or critical and pushy because it’s very painful to experience withdrawal. Part of that is protest against feeling alone and abandoned, and part of it is the belief that if I push hard enough, maybe we’ll reconnect.

Can you explain why the pursuing partner does this?

Well, any connection – even a fight – is better than no connection. That’s when they’re likely to get critical. A lot of times it’s a “How dare you leave me,” kind of thing.

It’s certainly not a constructive way of dealing with disconnection, but most of the time the pursuing partner is critical because their partner is important. They’re pushing for connection or protesting the lack of connection.

I think it’s really important for couples to be able to understand that underneath this pursue-withdraw pattern, most of the time both people tend to see the other person as really, really important. But both people end up feeling unloved, hurt, abandoned, uncared about, and it’s very, very painful for them which is why this relationship pattern tends to chew up relationships and destroy them.

How does this cycle of conflict impact the trust and the security in the relationship?

It undermines the trust and the security in the relationship. Every human being has basic needs for connection. We call them basic attachment needs.
We all long to feel loved, to be cared about, to be respected, to be valued.

Think about it, the universal torture technique in all cultures is solitary confinement or isolation. If you want to break a prisoner down, you put them into solitary confinement and when they do interact with a human, you make sure that the interaction is abusive, unpredictable, and destructive.

A lot of times for couples, particularly in highly escalated situations where they don’t have a lot of support outside the relationship, people feel very isolated. They feel very alone. The only real connection they often times have is fighting, which ends up being destructive.

That’s one of the reasons why this pattern undermines people’s sense of safety, not only in the relationship but in their world in general. It can cause a lot of trauma for people in its extreme.

People can be in this pursue-withdraw pattern for years. Sometimes the withdrawer will get fed up. We call it burning out of being withdrawn. Instead of withdrawing, they’ll come out and they’ll fight. Then you’ve got fight-fight. Or you’ll have a pursuer who gets burned out and withdraws and you have withdraw-withdraw.

Sometimes couples come into therapy at that point because the withdrawer says, “Okay, something’s changed here. Maybe we really do need to go to couples therapy.”
By then it can be very difficult because the pursuers are so hurt and burned out. Part of stopping this pattern is to help couples see and change the pattern before it destroys the relationship.

Are there signs to help couples identify if they have a pursue-withdraw pattern? 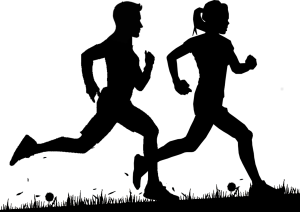 Well, first of all, if the couple is having problems, there is some kind of a pattern. It may not be in a classic pursue-withdraw pattern. It’s very easy to look at who’s at fault, who the bad guy is, and think about who’s “defective.”

Couples often go to either, “It’s about me. I’m bad. I’m unlovable,” or they’ll see their partner as bad, sick, or evil. It’s really helpful to start thinking about the pattern itself because it’s the negative pattern that is the enemy – not the other person. It’s the negative pattern that they are both caught in, hurt by, and participating in – typically unwillingly and unknowingly.

One of the first things is to recognize there is a pattern. The next one is to identify your position in the pattern. When there is the threat of conflict or disconnection or a misunderstanding, what’s your tendency?

Is your tendency to lean in and try to solve the problem, or do you tend to shut down and wait until the storm blows over? That can help you identify whether you are a pursuing or withdrawing.

Most people at some point will withdraw and pursue in one way or another. The label is less important than understanding the pattern and when you’re most likely to do what.

Sometimes people will pursue in one area and withdraw in the other. It’s vital to understand the pattern and start talking about how to stop it. Seek to understand the fundamental needs beneath both partner’s positions that are not getting met.

It’s really helpful for couples to map it out. In my practice, I have couples draw a cycle and write the following:

Sometimes, just being able to draw it out changes things to, “Okay, what do I really need in this situation? How could I ask my partner for those needs in a way that’s not going to be threatening, that isn’t going to trigger my partner’s wounds or raw spots?”

How can couples start having these conversations?

Slow down and think, “Okay, what do I want here? What does my partner need? What do I need?”

Maybe my partner needs to know that his or her opinion is important to me, even if I disagree with it.

Maybe my partner needs to know that I care.

Maybe my partner needs to know that I’m not going to get critical like I have in the past.

Maybe my partner needs to know that I’m not going to go away like I have been for years. Instead, I’m going to hang in there and fight for the relationship and against the pattern.

Being able to talk about this in a soft, gentle way is very powerful. It can break the pursue-withdrawn pattern and replace it with a cycle that’s supportive, loving, and nurturing.

The following books will help you break the pursue-withdraw pattern in your relationship.

Why Marriages Succeed or Fail by Dr. John Gottman

Build a deeper understanding of the conflict styles in your relationship. Learn tools to stop cycles of conflict and start connecting.

Learn the two kinds of conflict and how to effectively communicate what you need. This pattern is perpetuated by a lack of fondness and admiration in the relationship.

Hold Me Tight: Seven Conversations for a Lifetime of Love by Dr. Sue Johnson

Focus on the accessibility, responsiveness, and engagement in your relationship. This book explains the basics of attachment theory and lays out very specific conversations that couples can have that help them identify their pattern, learn about the emotional raw spots that help drive the pattern, learn how to revist rocky moments, learn how to reach for each other and connect in non-threatening ways, and forgive injuries in ways that will lead to fundamental changes in the relationship.

This article was originally published on The Gottman Relationship Blog