Negative Interpretations in Romantic Relationships: When What You Think Happened Is Worse Than What Actually Happened

Jamie and Casey have been married for 14 years and are about to celebrate their 15-year anniversary. This has been a topic of tension due to a comment Casey made during their second year of dating when he said, “anniversaries are dumb.” This is compounded by the couple’s history of conflict around how to celebrate.

Here is their conversation [what they are thinking is in brackets].

Jamie: [excited about the anniversary] Our anniversary is coming up. We should do something special. Maybe we could go out?

Casey: [thinking about how going out is expensive and money is tight] I don’t know. I think it’d be better for us to just do something at home.

Jamie: [ruminating about his comment 13 years ago, “anniversaries are dumb.”] If you don’t want to celebrate, just say that. Clearly I’m not important to you.2

Jamie: (Heart rate is over 100 beats per minute, indicating emotional flooding): If you think doing something special to celebrate our marriage is so stupid, then why’d you even marry me?

Jamie stares at Casey with a fury of hurt in her eyes before walking out of the kitchen.

Like Jamie, sometimes our thoughts and feelings feel so right that it feels wrong to question them. “The brain and the eye may have a contractual relationship in which the brain has agreed to believe what the eye sees, but in return the eye has agreed to look for what the brain wants.”3 This is problematic for our romantic relationships and can cause nasty conflict when those assumptions are negative.

Research validates that these negative thoughts often lead to harsher ways of starting conversations (criticism and contempt), which increase the chances that our partner will respond with defensiveness and rejection.4

As seen in Jamie and Casey’s interactions, things escalated rather quickly. Jamie, who was already worried about not being important to Casey, quickly assumes that Casey doesn’t want to celebrate their anniversary. This interpretation hijacks her thinking despite evidence that he has actively participated in celebrating their relationship for the past 14 years, including cooking a romantic meal and making her a bubble bath, or buying her a lovely necklace for their 10-year anniversary.

Jamie’s negative interpretation blocks her from constructively dealing with this issue and hearing that Casey does want to celebrate their anniversary or asking him what his ideas are about how they might celebrate.

Unfortunately, when one partner has a firm grip on a negative assumption of their partner’s actions or words, it is nearly impossible to change their minds and help them see it from a different perspective. Despite Casey’s best efforts, he cannot break down the walls of Jamie’s perception of him.

“If a negative interpretation is strong enough, nothing the one on the receiving end of it can do will change it.” – Fighting for Your Marriage. 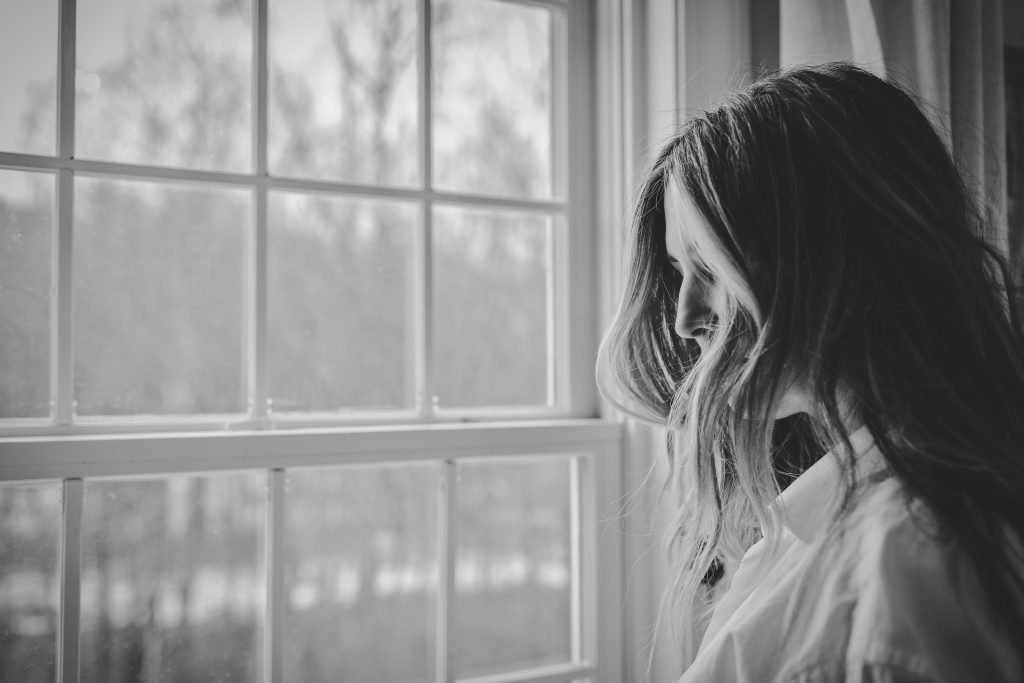 The Cost of Negative Interpretations on Relationships

Research has discovered that unhappy couples have a tendency to contribute difficulties in the relationship to their partner’s character flaws.5 As a result, this negative perspective leads to viewing even neutral actions as negative.6 Over time relationship challenges become less of a problem that both partners co-create, and instead they get blamed on one partner. And once this pattern of thinking becomes habitual, it makes improving the relationship an uphill battle.

“Marital problems easily arise if your thoughts and feelings are distorted—if your ‘subtitles’ reinforce a negative view of your partner.” – Dr. Gottman, Why Marriages Succeed or Fail: And How You Can Make Yours Last.

Often these negative interpretations are a result of low trust in the relationship. According to Dr. Gottman, trust exists in a relationship when partners behave in ways that are in the best interest of both partners.

Essentially, Jamie believes that Casey does not care about things that are important to her. This assumption, like sunglasses, colors even the positive things Casey does in a darker shade. As a result, Jamie’s confirmation bias (her sunglasses) causes her to look for evidence that confirms what she already thinks about Casey: He doesn’t love me.

“It is very important to be on guard for the tendency to view others harshly. After all, a marriage would truly be in terrible shape if either partner routinely and intentionally did things just to frustrate the other. It’s more common that the actions of one partner are interpreted negatively and unfairly by the other.” – Fighting For Your Marriage.

As long as she holds this negative perspective, neither Casey or Jamie will be able to come to a resolution on how to celebrate their marriage and improve it.

Furthermore, the more Jamie’s negative interpretations cast Casey’s actions in a negative light, the more she will feel justified in being harsh toward Casey.

In Dr. Gottman’s Love Lab, he asked couples to watch videos of their conversations where they acted hostile, defensive, or shut down. The vast majority of these partners were experiencing distressing thoughts that fell into two categories: Innocent victimhood and righteous indignation.7

When we think of ourselves as the innocent victim, we often feel defensive and like our partner is out to get us. By playing innocent, we free ourselves of our responsibility in the problem. 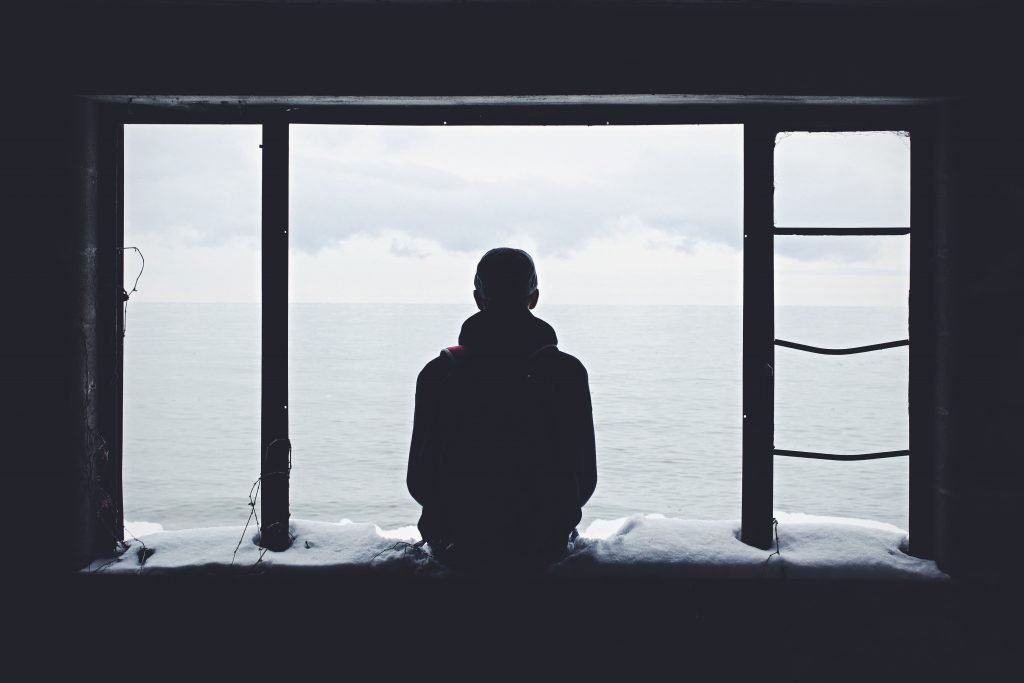 In fact, this is what Casey did when he and Jamie tried to process their anniversary fight. He acted like he had no contribution and was innocent. This is the problem with this way of thinking. As long as he excuses himself from repairing the relationship and taking ownership of even some part of their interaction, the problems don’t get resolved.

It wasn’t until he was called out about how his comment in the past contributed, at least in part, to Jamie’s anxiety about their relationship, that he began to take some responsibility. Additionally, his lack of curiosity about why Jamie wanted to go out and him not taking into account past fights where she expressed the significance of going out (aka Love Maps), also contributed to the lack of repair and Jamie feeling unimportant in the relationship.

With righteous indignation, we often take our hurt and feel justified in hurting our partner. “Thinking you are entitled to hurt your partner back from some perceived hurt you feel will keep your relationship derailed.” – Fighting For Your Marriage.

This was Jamie’s stance over the five days before they saw me. She felt justified in being dismissive and critical of Casey, furthering her negative perspective of Casey and their marriage, thus blocking her and Casey’s willingness to repair and work through the issue constructively.

Shifting your negative interpretations to a more positive interpretation does not mean doing forceful and unrealistic positive thinking or affirmations. Sweeping serious problems under a rug will only lead to the relationship tripping and falling down more often.

What I’m pointing to are the moments where we perceive our partner’s behavior in a more negative light than it is. Like wiping our sunglasses when they are dirty, we also need to learn how to examine our assumptions. As the old saying goes, “When you assume, you make an ass out of you and me.”

“Negative interpretations are something you have to confront within yourself. Only you can control how you interpret your partner’s behavior.” – Fighting For Your Marriage.

It Starts With You. Here Are Three Things You Can Do: 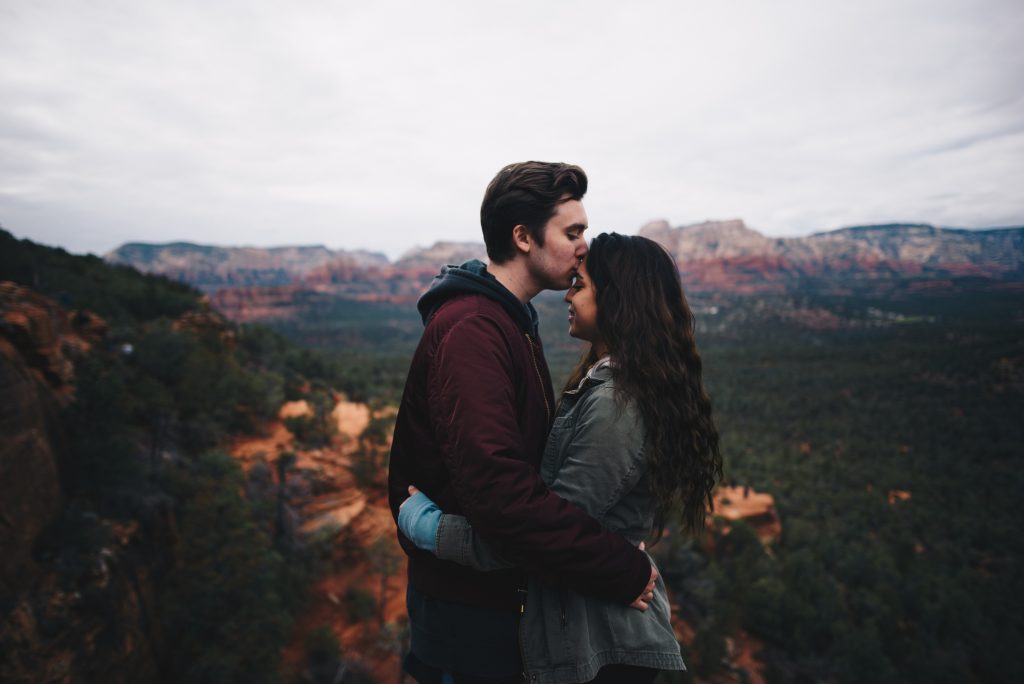 We’re in it Together. Three Things You and Your Partner Can Do:

Negative interpretations create separation. They place blame and intent on our partners that may not actually be there. Being able to recognize this can help turn your relationship around. It will help you and your partner to stop pointing fingers and to start holding hands through the challenges of life.

Remember, when you feel yourself giving into negative interpretations and conflict quickly follows, take a time-out. An effective time-out can help keep conflict under control and lead to a quicker resolution.

Negative Interpretations in Romantic Relationships: When What You Think Happened Is Worse Than What Actually Happened