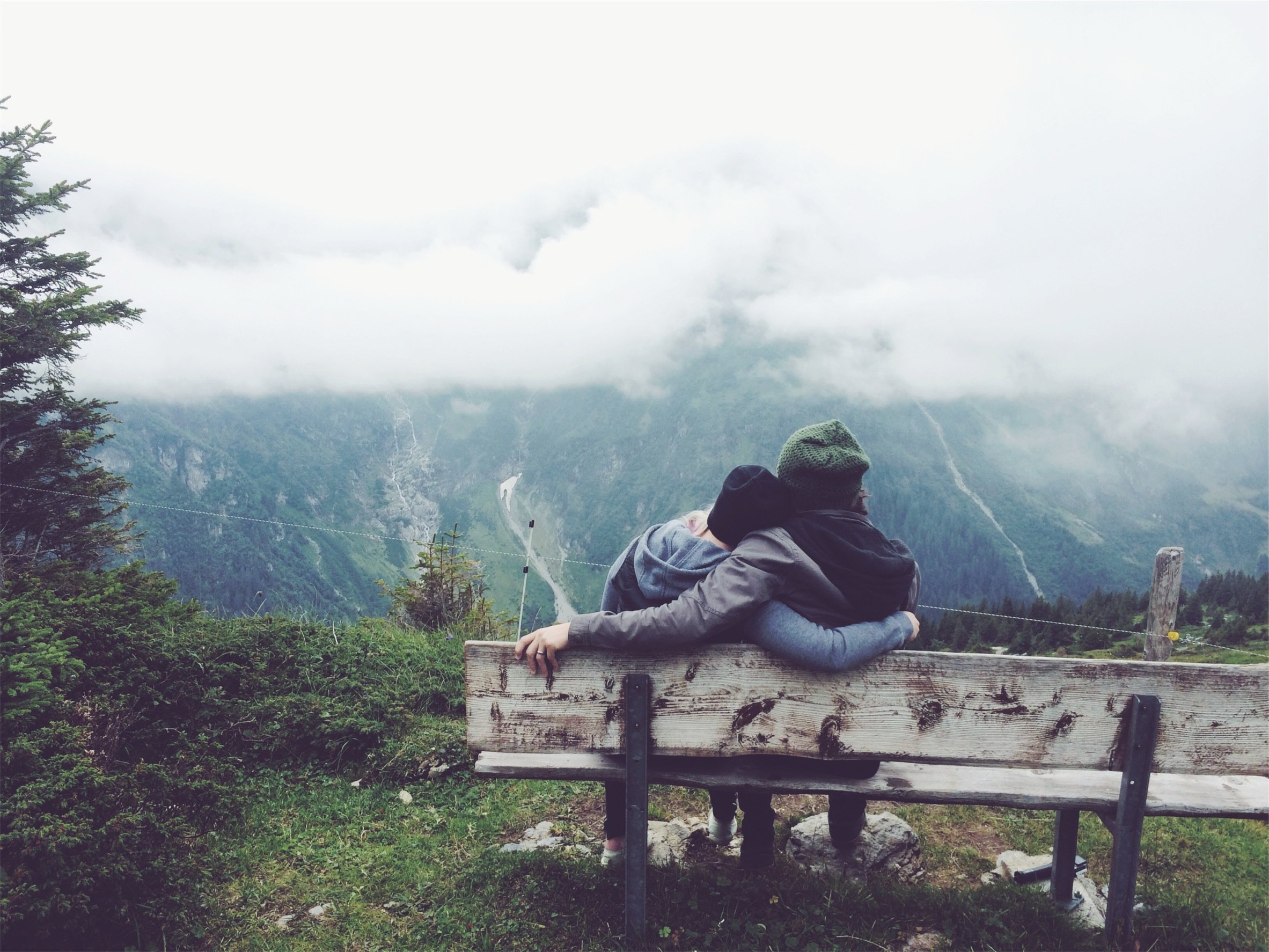 What do you value in a woman? Honesty? Intelligence? Beauty? What beliefs do you have about women and the world? When men tend to think of dating, they tend to think of it in terms of physical attraction and strategies meant to attract women.

Dating, in this sense, tends to be viewed as a market. The belief is if you improve your social skills and strategies, you’ll attract 99.9% of women.

Women have biases, values, and interests that influence what they find attractive in men. Some women prefer skinny men who are intelligent, and other women prefer numbskulls who are strong and bulky. It’s in this sense that dating is an economy. Your goal should not be to attract every woman; it should be to carve out a niche.

To show you how this mentality goes wrong, I want to introduce you to Zack.

Zack is a 29 year-old marine engineer. He’s obsessed with learning and pushing the limits of his mind and body. He spends his weekends designing an underwater submarine and rock climbing outdoors.

One weekend, Zack starts feeling lonely, so he buys a dating book on how to attract and meet women. Soon after, he heads down to the local bar and grabs a beer, even though he hates alcohol. While Zack is sitting at the bar in downtown Seattle, he notices a beautiful brunette who is laughing with her friends.

Zack has only had a relationship or two in his life and has never pressured himself into desiring one, so he lacks the social anxiety most men feel when they see a woman they want to meet. Plus, he thinks anxiety is illogical. As a result he is completely unaware of potential of rejection and walks up to her with the belief that she will want to date him.

He introduces himself to Kelly. She smiles at him and asks if he wants to take a shot. He refuses and starts asking her interview questions instead: Where did you grow up? What do you do?

Despite the bland conversation Kelly knows she is entering, she kindly responds and gets to know Zack for the next few hours. Zack uses a few of the jokes he read in the book and makes her laugh, even though she is actually laughing at him because he’s laughing at his own jokes. At the end of the night, they kiss and plan to meet up again soon.

A few weeks later, Kelly invites Zack to a music festival. Zack thinks listening to a band playing live music is pointless. Why not listen to music through headphones or in the car while traveling somewhere? But Zack wants to see Kelly, so he goes.

During the three hour car ride, they get to know each other even more. Kelly hates being active outdoors unless she is at a festival. She never reads books because she’s too busy watching Sex in the City, and the ocean scares her. She’s never been on a boat and never plans to.

The more Zack and Kelly talk, the more friction develops in their relationship. Friction is caused when people have differing values, interests, and lifestyles. The more friction, the less attraction. At the end of the festival, Kelly finds Zack frustrating, and Zack finds Kelly repulsive. Zack actually takes a bus home rather than riding back with Kelly.

This is the problem with typical dating advice. I’ve had dating coaches that encouraged Microsoft guys to go to the local bars and talk to as many girls as possible. The problem is the dating coach is not taking demographics into consideration, like their client’s values, their interests, and what they love doing.

Yes, the pick-up lines and checklist behaviors may work initially, but over the long term, friction will tear apart any relationship. The problem is these coaches are not putting their clients into environments that provide their clients with a higher hit rate with specific women. Women these men will enjoy.

It’s in this sense that all interactions are contextual. Where you meet women and how you choose to spend your time in your life is dependent on your values. If you love rock climbing, you’re more likely to find a woman you’re willing to date at a rock climbing gym rather than a club. Typical bars and clubs are dubbed meet markets because it’s an obvious place that everyone goes to meet someone else.

Take a moment and think about the contexts you are meeting people in. A club tends to be a high-energy, generic party situation where the people there value having fun and spending time with friends  who have a broad range of passions, interests and values. This may be a perfect place for a guy that loves dancing and hanging out with new people, but if you are not naturally high-energy or outgoing, then you’re going to find it rather difficult to be compatible with most of the people there. You’ll feel awkward and like an outcast.

When you click with a woman, it’s because your values, interests, and lifestyles are compatible.

Studies show that compatibility is a large determinate in the success of a relationship. How often do you find a couple where the man is an outdoor enthusiast while the woman hates the outdoors? Not very often.

The truth is, we attract what we are.

Birds of a Feather Flock Together

Attraction is a force that pulls two people together.  It’s initially derived from one’s appearance – how you dress and act – while long-term attraction depends on one’s identity – who you are, your passions, and how you spend your time.

Attraction is a psychological value system that we may or may not be aware of at different times. Our levels of attraction are dependent on the qualities we recognize. They’re relative to the qualities we offer.

When we seek a relationship, there are multiple factors that weigh in. We tend to seek people of equal levels of education, religious beliefs, age, physical traits, socio-economic status, intelligence, political ideology, and so on.

We prefer to date someone with similar values, lifestyles, and attitudes because they are more agreeable with our perception of things. It’s a reinforcement on our self-image. If you believe that monogamy is the only acceptable form of a relationship, you won’t be able to date a girl who expects to be able to date or sleep with other people. If you do, the relationship is bound to have high levels of friction.

Demographics enable you to be with a romantic partner who is similar on agreeableness and has similar lifestyle goals.

If Zack wanted to find a girl to fall in love with, a girl he would continuously be attracted to, he would seek a woman that reinforced his life. If I were his coach, I would have suggested he join a local skiing group and attend engineer meet-up groups to find women he would be compatible with.

If those didn’t contain women Zack enjoyed, I’d encourage him to expand his identity and explore other hobbies, like free diving. That way he meets women who love the ocean and exploration. There is a higher probability of him finding a woman that will make him happy in those places than at a bar.

Let’s pretend for a second that Zack was a computer programmer that spent most of his free time playing video games. Since both these industries are male dominated industries, the probability of Zack finding a woman he wants to date  might be more difficult. In cases like this, it’s beneficial to do some self-exploration.

After Kelly and Zack broke up, he spent time learning guitar, which is something he always wanted to do. As a result he finds festivals slightly more interesting. In fact, he goes to a few by himself.

In the meantime, Kelly gets serious about education and goes on to get her Master’s degree.  At one point, a few of her study buddies go camping. Kelly decides to join and has a blast. This leads to her taking hikes with friends and exploring more than her bedroom walls.

Zack bumps into Kelly again at a local festival, but this time they hit it off. Zack is actually excited to be at a festival and Kelly wants to start hiking and try out rock climbing.

There are two points I am making: first, I am pointing out the fact that timing, the context in which you meet someone, affects your level of attraction. Secondly, once both Zack and Kelly enriched their lifestyles, they found overlaps in their interests and that increased their attraction to each other.

While some dating coaches tell men to completely change their behavior in order to become more interesting, I encourage men to explore things they find interesting. I encourage them to expand their identity and passions. It’s not about becoming a totally new person. It’s about deliberately enjoying your passions and expanding things you care about. Things you invest your time in.

Becoming better with women is not about replacing your identity and passions, it’s about discovering new ways of presenting yourself. It’s finding your niche and exploring it in order to attract women who share those same passions and ideals.

If you play to your strengths and focus your time and energy on meeting women in situations where they are likely to share your values, then you’re not only going to experience a much higher degree of success. You’re also going to meet more women you enjoy.

And isn’t that the reason you’re reading this? To find a woman you truly enjoy?

Now get out there and attract what’s right for you!