Why Couples Stop Having Sex: The Paradox Of Yes In Saying No

Sexual desire is leaving the American bedroom faster than a Kansas tornado will rip apart a house.

Long-term relationships, far too often, experience a dwindling sex life. “Experts” often blame the coals of passion on women; their vanishing libido post-marriage. Their keen focus on raising the little ones while ignoring the man next to them.

The lack of female desire is a profitable industry. Thousands of books, full of “theories” on why women lose desire, fill bookstores. Meanwhile drug companies with pills like Addyi are “closing the gap” with a Viagra like pill for women.

But can a pill really put women in the mood?

I don’t think so. 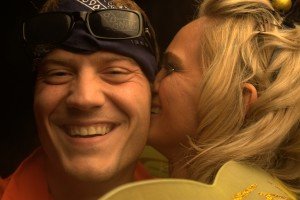 The problem is that women (and men) need to feel safe to explore their sexuality. The last thing they need is to feel criticized for saying, “not tonight.” Being human is complex, especially with waves of emotions and desires crashing into our bodies. Being in a relationship is even more complicated; it requires two people to work with each other’s shifting emotional realities, both together and individually.

Far too often, I see a resentful woman with little sexual desire for her partner, married to a resentful man for her lack of desire. For a couple to have sex often, neither partner should meet the other’s “no” with rejection, anger or withdrawal.

Neglecting your partner your love, an emotional connection, or physical contact for saying “no” to sex will make saying “no” easier the next time. Ironically, the partner who was rejected by their partner must offer a positive response back to their partner. This is the paradox of sex in committed relationships.

Let’s Play This Out In Two Scenarios

Meet Chris. Chris loves Lacey. Chris understands that he needs to accept Lacey refusing to have sex tonight, but in his mind that doesn’t make it okay.

He believes the wedding band on her 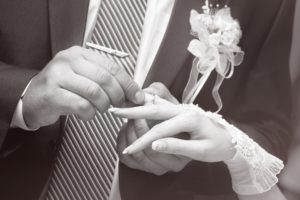 finger means her body is his right. He believes that her refusal denies him the thing he feels entitled to. So Chris tries to convince Lacey again and again, hoping his next attempt will “push her over the edge.”

Unfortunately, the sexual edge he is pushing her over is not a healthy edge. If she has sex with him, it’s because he couldn’t accept her “no.” This leaves her to resent him. While their genitals may be fornicating, the love and connection in both of them is numb.

If Chris can’t convince her to change her mind, he starts to act like a sad puppy. He sulks, whines, and may even bite her with criticism. He might even ignore her altogether.

Obviously, none of this is going to put Lacey in the mood.

In fact, it will do the exact opposite. It will escalate the tension and resentment between them. It will reduce her desire to have sex the next time he asks.

As Lacey turns down Chris for sex, Chris accepts it. Just like that. He doesn’t hold a grudge or make up a theory that she is cheating on him. He doesn’t view sex as a right or an expectation he deserves when he wants it. Sex, for both partners, is a choice made every single day. It is not a mandatory obligation.

Lacey: “Not tonight. I feel sick from dinner.”
Chris. “I’m sorry, babe. I hate that feeling. It makes me not want to do anything either. I love you.”
Chris’s caring response is a far cry from the traditional “you always feel sick” complaint.

This caring response is far more effective. Receiving a positive response from Chris for turning down sex does not cause Lacey to say “no” more often in the future. His actions reinforce that he loves Lacey despite not getting what he wants.

His words remind her at her core that their sex life is about making love, not increasing the frequency just so Chris can release his sexual tension. To her, saying “no” lead to Chris making her feel loved.

Whether we realize it or not, we constantly rate our relationships. We value our partner’s responses in every single exchange we have. We are constantly reinforcing or amending the “story of us.”

According to John Gottman’s research, it has to be okay, even rewarding, for either partner to refuse sex.

Paradoxically, this leads to more sex. Many people find this confusing. I know I did. But relationships are complicated. That’s what makes them beautiful. They require understanding and working together.

For couples who are coping with a decline in a desire, how could your relationship change if you allowed each other to be as you are?

If you make it more than okay for either of you to say, “not tonight,” there will be many more nights when both of you will say “YES.” Female Viagra isn’t needed to fix low desire; just the pill of understanding and empathy.

Three Steps to Help the Rejected Not Feel Rejected

Sex requires communication, understanding, and appreciation, even when things are not the way we want. Love is about loving your partner unconditionally, with or without your genitals touching.

Dedicated to your happy sex life,

Why Couples Stop Having Sex: The Paradox Of Yes In Saying No