Breaking Up Sucks: Here’s Why

Breaking up sucks. That’s all I can say about it. It hurts, it’s confusing, it feels like the world is ending and you’ll never be happy again. But why is that?

It’s like being left out of the foursquare box in elementary school. Here’s a picture, because you probably forgot what the game was after the Foursquare App came out: 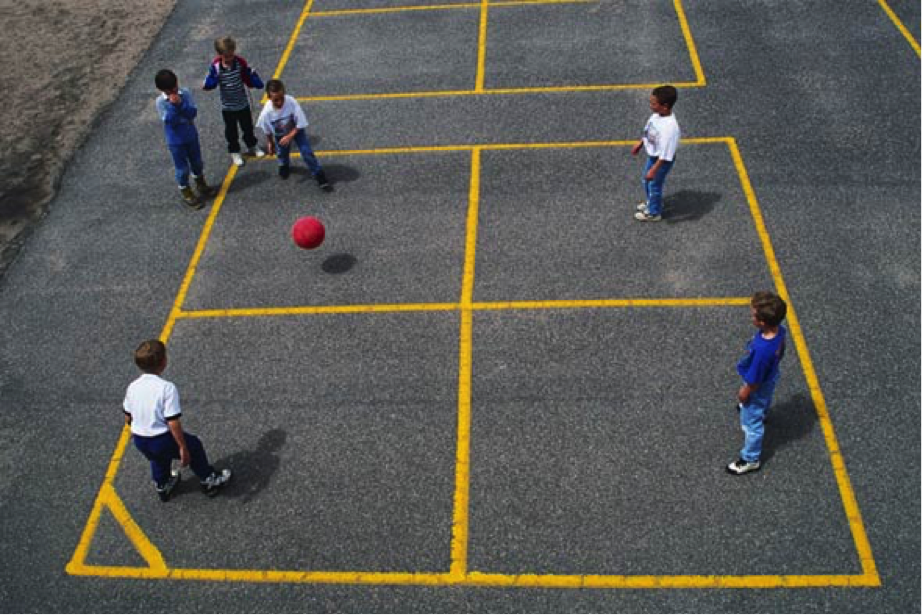 You see the two kids on the outside? That’s you. You want to play, but the cool kids inside don’t want you too.

The cools kids are playing. The cool kids know how amazing it is to feel loved. Their moms love them. Their teachers love them. They’re not left out.

Love is great. There isn’t a single society in the world that doesn’t have love.  It’s a powerful emotion that’s so strong, it causes people to actually dance to Taylor Swift’s Love Song in their cars when they don’t think anyone else is looking. It causes people to write beautiful poems about the taste of Doritos when lips touch. When you’re in love it’s like being on a rainbow with unicorns, Ron Burgundy Style.

But breaking up? Whew.

You were once happy, excited, and in love. Now you’re single and alone. It sucks.

You go out with your friends, get wasted and hit on people, and you try to ignore the festering smell in your heart. You don’t even care what any of the new people at the bar say. All you want to do is get over the person you’re still in love with, and move on with your life. You’re ready, but…

Your ex has pooped in your heart.

Breaking up means that, physically, they are no longer in your life. But they’re still there, and that’s the worst part.

It’s like they’re watching TV while sitting on a couch in my brain. I want to kick them out, but romantic love is hardwired into our brain’s reward system. To increase our chances of survival and reproduction in this modern world of bug bites and turf burns, our brains create desire and drive to seek out things that will fulfill those aims.

Love is amazing when we are happily in love with someone, but it feels like our soul has left the building when we’re breaking up. The creator of man put this reward system below both our emotions and our cognitive thinking process.

Neurologists call this the reptilian core of the brain. It’s defined as “the part of the brain that is associated with wanting and motivation with focus and cravings.” 1  This section of our brain activates dopamine, a natural stimulant that’s released whenever we encounter rewards that help us survive, such as food, sex, novelty and friendship. 2

In neuroscientist Helen Fisher’s studies on love, she noticed that the same part of the brain that becomes active with love is the same region that becomes active with a rush of cocaine. So technically we’re all a bunch of cocaine addicts, because the more dopamine our neurons experience, the stronger the drive is to repeat the behavior that helps with our survival and reproduction.

Get your Kleenex ready.

Romantic love is more powerful than a cocaine high; at least from a cocaine high, you come down. Love possesses us. It makes us obsessed. We literally can’t stop thinking about the other person in our head. They walk around our mind palace, and they’re completely oblivious to it. We stay up all night imagining cuddling on the couch them, or worse, imagining them with someone else. That’s just low. Seriously. Go to the movies at least.

Breaking Up: The Research of Love

Helen Fisher and Lucy Brown discovered that people who experience breaking up have the same activity in the region of the brain associated with intense romantic love. What they found is it has all of the characteristics of addiction. You crave them; your reality becomes distorted as you obsessively think about them, and the dopamine filling your mind encourages you to take enormous risks like crashing their best friend’s baby shower and singing “Stay With Me.”

I’m still getting over someone who I dated over a year ago. Seriously… a year ago. What the heck, reptilian brain? Love is an addiction, and when you cannot be with the person you are addicted to, you devise elegant, over-the-top DEFCON Level 1 missions just to be near this person. It’s a sad fact that when we don’t get to be near them we experience withdrawals and eventually relapse.

I was busy doing Arnold Schwarzenegger bicep curls with some dumbbells when I saw it. Out of the corner of my eye, a couple was lifting together, smiling and kissing each other. In the GYM of all places. It reminded me of all the times the person I loved worked out with me. I enjoyed those times and that craving of deep attachment and love came screaming back into me like Hurricane Katrina. I felt so emotionally out of whack that I slammed the weights back on the rack and left the gym.

“Romantic love is one of the most addictive substances on Earth.” – Helen Fisher

All I want to do is forget about her, get over her and move on with my life. Any person who has experienced breaking up wants the exact same thing, yet we love this person harder…even when they don’t love us back. It’s brutal. The reward system for wanting, for motivation, for craving, for focus within our brain becomes so exponentially active that we act crazy when we can’t get what we want. My ex in college would call people I hung out with while dancing to “Ridin’ Solo” the night before just to try and find out who I had danced with that night.

Psychology has shown that humans perceive the pain of losing something to be far greater than the pleasure of having it. Whether it is relationships, your favorite stuffed teddy bear named Ted, or magic card competitions, it’s the same for everyone. It’s hardwired in us to avoid pain. This problem of loss aversion motivates us to spend more time and energy either maintaining or trying to get back what we lost even more than the pleasure of actually having it merits.

This part of the brain, or the core of the nucleus accumbens, activates as we measure gains and losses. This same section of the brain becomes active when you’re willing to take risks for huge gains or huge losses, even when those risk are completely illogical.

Our brain’s reward circuit builds up intense energy, causing us to focus on one individual. It creates increasing motivation and desire to risk it all for that one single person over the 7 billion other people on the planet. 7 billion! When you’re madly in love you can walk into a full parking lot and only notice their car even though it has just as many dents and dings, maybe even more, than all the other cars around.

Love is formaldehyde. It makes you blind.

Rejection is a Kill Switch

Deep down, I know I’ve felt this heartbroken before. My girlfriend in college generated the same feelings for a while after we called it off. So why, even after multiple times of exposure to rejection, am I not immune to the hurricane effects?

Rejection comes from Latin. Thrown back. As humans, we crave growth.

When we experience rejection, especially when breaking up, we have not only stopped making progress, but we are pushed back in the opposite direction of where we wanted to go. It’s like being punched in the face by Mike Tyson. Your body essentially shuts down. You feel weak, helpless and disoriented from the blow. According to scientists from the University of Amsterdam, unwanted rejection generates a response of the parasympathetic nervous system. 3

Several things happen when the body is active and is in fight-or-flight mode. The sympathetic system engages, heart rate quickens, your pupils dilate, and energy is directed so you can react quickly to the arrows in Dance Dance Revolution. Yet the parasympathetic system activates when we face rejection; the system responsible for when the body is at rest, so it ends up making you feel helpless and weak.

The fear of rejection is hardwired into our nature. We as human beings are very sensitive to rejection. We have neurons that encourage us to do things that are harmful, because we believe that doing so will gain us approval and acceptance of our peers. The butt chug bonding in fraternities is a perfect example. It’s not natural, just plain weird, but some frat guys find it “fun.”

This need comes from your need for a tribe. Having a tribe in the old days meant you didn’t have to hunt, cook, build shelter, or fight off predators all by yourself. If you were left to fend for yourself, your chances of survival were minimal. The tribe protects you, gives you shelter and love, and encourages social interaction and reproduction. Being rejected meant imminent death.

Combine rejection with a deep attachment towards a single individual, and you’re drinking one heck of a breaking up cocktail that is going to hurt. It’ll make you feel drunk and obsessed, like you don’t have any control. It’s a terrible place to be.

So if you’re breaking up with someone you love, stuff your wounded heart with some Kleenex. Embrace the pain. Feel it like a bodybuilder feels the weight of his max squat crushing his shoulders.

Accept that it’s there.

We may be limping, we may be missing an arm, but we know, consciously or unconsciously, that we can get through this.

Breaking Up Sucks: Here’s Why