Do You Bottle Your Emotions? Susan David, Ph.D. Describes How It Hurts Your Relationship

Interviewed by Kyle Benson For  The Gottman Relationship Blog

Susan David, Ph.D. is an award-winning psychologist on the faculty of Harvard Medical School and the CEO of Evidence Based Psychology, a boutique business consultancy. Her new book Emotional Agility: Get Unstuck, Embrace Change, and Thrive in Work and Life teaches a counterintuitive approach to achieving your true potential, which was heralded by the Harvard Business Review as a groundbreaking idea of the year in 2016.

Part one of the interview is here.

Kyle: I love your book, especially the part about bottling and brooding. Can you speak about those two terms and how those might show up in a relationship? In particular, can you speak to how to use either self-compassion or other techniques to stop holding our emotions hostage in a way that it harms our relationships?

Susan: Yes. Effectively bottling or brooding are characteristic of ways that people deal with difficult emotions and difficult experiences. We often default to one of these positions. 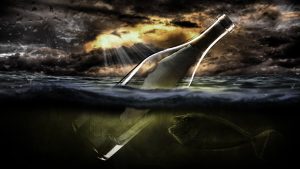 Bottling is essentially pushing the emotion down. For example, you’re upset with a person. You’re feeling angry because you feel exploited, and what you do is you tell yourself, “I’m just not going to go there, and I’ve got to go to work. I’ve got all this other stuff to do.”

And what you are doing is pushing the emotions down. Often you do this with very good intentions. You feel at some level that emotions are locked up in a bottle, and you have all of this other stuff that you can’t do, so you continue to push the emotions into a bottle, per say.

Brooding is when you are so consumed with the emotions you’re feeling that it becomes difficult to do anything else. When you’re brooding, you’re dwelling on the emotions, you’re analyzing hurt. You’re thinking, Why am I feeling what I’m feeling? It’s like you can’t let go and you obsess over the hurt, a perceived failure, or a shortcoming.

Brooding has some very good intentions—one of which is to try to deal with emotions effectively. So both bottling and brooding are done with good intentions.

Kyle: Fascinating. I believe you had a really good example of bottling and brooding in your book about holding books. Could you explain that?

Susan: Of course. For instance: If someone said to you, “You have this big pile of books, and I want you to carry these books away from you.” That’s what bottling looks like. It’s where you have these emotions and thoughts and you try to hold them at an arm’s length in a very almost white-knuckled way. You’re trying to push them aside, and what happens over time is your arms get weak and they start shaking and you are likely to drop the load. The same happens when you are brooding.

When you are brooding, what you are doing is you are holding all those books—and we say each of the books is like an emotion or a thought. You are holding the books so close to you and gripping them so tightly that it impacts your ability to be in the world, your ability to see the other person and to respect them, to love and to see your children, to laugh, and, again, at some point you drop that heavy load.

Kyle: I love that visual. It makes a lot of sense. Can you take a moment to explain why we bottle or brood and how it impacts our partners?

Susan: Well… What’s really interesting is that while people use bottling and brooding with good intentions, we know from the research that it tends not to work.

When people characteristically bottle their emotions or brood, even though they look so different, those patterns of emotions are actually associated with lower levels of well-being and high levels of depression and anxiety. We also know that it impacts the quality of the relationship.

When people bottle, they are pushing aside their emotions, and their partner can often feel that they aren’t present—that they aren’t being authentic or vulnerable in the relationship.

When people are brooding, their partner can often feel that there is no space for anyone else in the conversation because they are so self-focused that it becomes difficult to enter into the space in a way that they feel seen.

It’s a really interesting way of being. One of the things that I talk about in Emotional Agility is creating a relationship with our emotions by making room in our hearts for our emotions and our thoughts.

Kyle: So it sounds like you’re trying to create space between the emotions rather than react to them. How do we stop the cycle of brooding and bottling?

Susan: The best way is to stop trying to engage in a struggle of whether you should or shouldn’t be feeling something, but rather just notice those thoughts and emotions, and do so with compassion and curiosity and courage because sometimes they are difficult emotions. 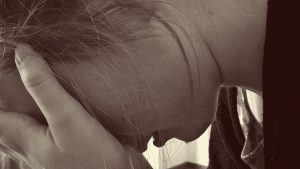 A very important piece of research has shown us that when people try to push emotion aside what happens is there’s emotional leakage. You don’t want to tell the person you are upset and keep it in you, so you keep it in you, and then you completely lose sense and flip out.

We know these things don’t work. What I talk about in Emotional Agility is ways to start being healthier with our thoughts and emotions. That way we do not struggle with them and rather recognize that your thoughts, your emotions, and your stories have evolved in us as human beings to help us to feel protected, to help us to survive, and to help us to communicate with ourselves.

Kyle: That’s such an important statement. I often say beating yourself up is never a fair fight and talk about the importance of being your best friend in your own struggles.

Susan: I love that. I want to note that there are a couple of really important, practical aspects to this. One of the things that I talk about is the importance of recognizing that often when we brood about something or when we bottle something what we are trying to do is we are trying to manage away those emotions in very different ways. But often underneath those emotions is a value. We talked about values earlier in the interview.

We tend not to get upset about things that we don’t care about. Often under our bottling or brooding of emotions is a sign post of something that’s important to us.

It’s a signpost to a particular need we have as a human being or it’s a signpost to something that we hold dear in our relationship. Maybe we are feeling we aren’t getting enough of a need.

Befriending yourself is a really important aspect because instead of treating your emotions and thoughts as the enemy, you’re able to treat them as data. The directions and data often enable us to perceive these values—these things that are important to us.

Kyle: Finding the hidden meaning in the emotion is important. Do you have some suggestions for how we can do this?

Another aspect that helps people to be effective with their emotions is to try to nail your emotion accurately. Often when people are in stress in relationships they’ll say things like “I’m just stressed” or “I’m just angry.” Very often beneath that emotion is a more nuanced emotion, and I can give you an example.

I spoke with a client many years ago who used to label everything as anger. He would say to himself, “Look, I’m so angry. I’m so angry,” and he would do this with his wife. He would get so angry so quickly, so I started to say to him, “Let’s try to see one or two other options.Yes, you must be angry, and, yes, your wife might be angry, but what are two other emotions that might be hidden underneath that anger?” It was so interesting.

His wife actually came to me two months later and said, “I don’t know what you said to my husband, but it has completely changed the relationship,” and, when I spoke to him about it, he said to me that what has happened is she kept on feeling anger in him, but when he started to say one or two other options that surfaced for him, he expressed disappointment that she was feeling a bit disappointed or that she wasn’t angry.

She was just slightly annoyed, which is very different than anger. If you can start to recognize in a more nuanced way that your partner is disappointed or annoyed, it completely shifts the interaction.

A really important aspect of moving from bottling and brooding effectively is to try to do the “What the Func?”

Another aspect is to try to get to a space to enable the emotion in a way that just feels more accurate and more nuanced because that is just a really critical aspect of being effective in the world.

We know that people who are more nuanced about their emotions actually tend to do better in difficult situations and, again, have better wellbeing. That’s another practical strategy.

A third practical strategy when it comes to moving out of bottling and brooding might be to engage in broader perspective taking. Often when people are stuck in a situation in a relationship they see things from only their perspective. So a critical aspect of any kind of relationship therapy is to start helping to open or widen the telescope lens.

Kyle: This is a huge aspect of the Gottman Method! Our therapists are trained to help couples understand each other’s perspectives before problem-solving. The motto is understanding must precede advice.

Susan: That’s excellent because people often are just seeing a very small perspective, but when they start to see things in a far more panoramic view, things can shift.

You can do this by saying, “This is what I’m feeling. What is my partner feeling?”

Even that question is a really important aspect of a widening perspective. Another example is I think that the person is doing X, but, if I had to ask the wisest person in the world, they would bring in a different perspective. It could also be a fly on the wall or anything that gives you a new way of looking at what’s going on.

Kyle: Lovely. I totally see the power in that. It’s such a powerful way to stop getting hooked on your emotions and to start working with your partner in a way that creates an emotionally-connected relationship—even in conflict. Thank you so much, Susan, for sharing your wisdom.

Editor’s Note: This is part two of a two-part interview with Susan David, Ph.D., author of Emotional Agility: Get Unstuck, Embrace Change, and Thrive in Work and Life.

Do You Bottle Your Emotions? Susan David, Ph.D. Describes How It Hurts Your Relationship